Chat with us, powered by LiveChat

8 Days Tanzania safari holiday and Zanzibar tour. This wildlife safari and beach extention in Tanzania can be re-arrange so that to suit our esteemed clients, it can be budget/ camping or lodge Safaris package, strongly recommended for honeymoon, couple or family holiday, for thoose who have a dream to visit to Serengeti, Ngorongoro, Tarangire and Manyara national Park in combination with Zanzibar Island Tour.

After breakfast depart for Lake Manyara National Park, en-route game drive, picnic lunch served in the park. Nestled at the base of the Great Rift Valley escarpment, Lake Manyara is one of the most beautiful places in Africa. The Park is dramatically marked off by lush green vegetation consisting of tall trees of the ground water forest, which provide home to troops of baboons and blue monkeys. Further down, the forest opens up into woodland, grassland, swamps and beyond, the soda lake itself where over 350 species of birds, including the lively flamingo, pelican, sacred ibis, grebe and stork can be viewed. At the southern end of the Park are hot sulphur springs called MajiMoto. Manyara is noted for its numerous buffalo, elephant, giraffe, impala, hippo, as well as a great variety of smaller animals, and of course the very elusive tree-climbing lions. In the afternoon, you will proceed towards Ngorongoro conservation Area. Diner and overnight at Ngorongoro Farm House (full board).

After breakfast descend to the Crater floor for game drive, lunch at hippo pool picnic site. The bottom of the crater dotted with watering-holes, shelters almost 30 000 animals in an area naturally enclosed by the slopes of the volcano. Ngorongoro is the largest unbroken caldera in the world and surrounded by very steep walls rising 610m from the floor. Covering an area of 259 sq. kms, it is considered to be one of the Wonders of the Natural World and is a veritable haven for wildlife. In the afternoon, you will precede towards Serengeti National Park probably the greatest park on earth. This park, undoubtedly the most famous in the world, covers over 14 000 sq. km and offers among many other things the biggest concentration of big cats in the world Cheetahs, Lions, Leopards, Wild cats, birds, impala, Diner and overnight Serengeti Kati Kati Tented Camp.

Early morning game drives in Serengeti National Park, before your breakfast. Mid and afternoon game drives, followed by a picnic lunch served in the park. Many different landscapes can be found in the Serengeti: Savannah with the big plains to the south, hills & woods to the west, the Kopjes area to the east, and bush land to the north. Important rivers also run through the park. Many different species of mammals can be spotted during game drives, elephant, buffalo, giraffes, antelopes, hippo and crocodile can also be found, Diner and overnight Serengeti Kati Kati Tented Camp.

After breakfast at the lodge, you will be transferred with a game drive en route to Serener Airstrip for a flight to Zanzibar. Our driver will meet you at Zanzibar Airport and transfer to Magical beach of Nungwi (North Coast). The Swahili culture was born there in the seventh century. Stone Town is the ideal place to feel the atmosphere, and soul of Zanzibar. Elegant trader’s houses, old coral stone buildings set behind large carved doors, some with Koranic inscriptions in Arabic, narrow alleyways with covered balconies, wonderful shops and tiny stalls, spice and fish market, and in the evening sounds and smells from the Fordham Gardens where fish and lobster are grilled on barbecues. Zanzibar is known as the Spice Islands. A guided tour to spice farms and plantations is an option here. Zanzibar is an idyllic beach holiday island, sandy white beaches and clear blue waters are among the best in the world, Overnight at The Z Boutique Hotel (bed and breakfast)

Breakfast served at the hotel. Full day at leisure and optional excursions can be booked from our desk office i.e.: Visit of the historical Stone Town, Spice tour, Prison Island, Safari Blue, sandbank picnic and many more. Zanzibar is known as the Spice Islands and was once the world’s leading producer of cloves. A guided tour to spice farms and plantations is an option here. Here you can see, smell and taste aromatic species, scented plants among them, guava, mangoes, vanilla, cloves, nutmeg, ginger, chilies, black pepper and cinnamon. Zanzibar is an idyllic beach holiday island, its pristine reefs, sandy white beaches and clear blue waters are among the best in the world. Overnight at The Z Boutique Hotel (bed and breakfast)

After breakfast served at the hotel, Morning free at leisure around the beach of the hotel, Transfer to the airport or seaport according to the time of your departure back home. 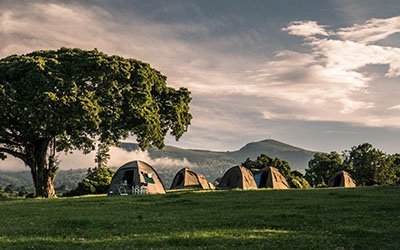 If you’re on a tight budget and don’t mind basic comfort, this option is perfect for you! 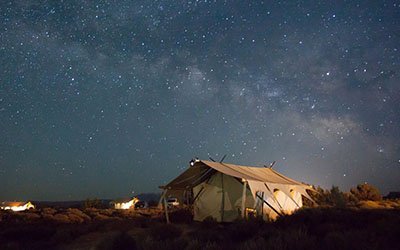 For anyone who wants a medium comfort level but doesn’t want to break the bank too much. 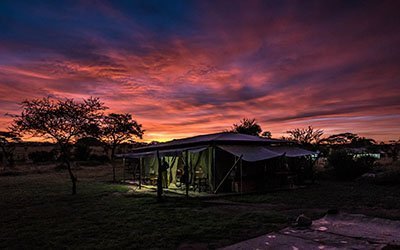 This accommodation option offers a good level of comfort and often a few nice extra’s. 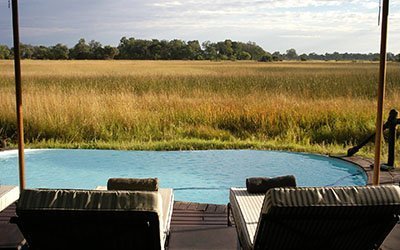 Do you want a superior level of comfort and service? Then this option’s for you.

Didn’t find what your were looking?

Talk to our expert

Why Book With Us

We read about Fairtrek in our local german newspaper and phoned to the german bureau. We were in very good hands also to make a safari in cooperation with King... read more of Tanzania! The contact with Gülsah Koch in germany and Abraham in Arusha was very...More

We read about Fairtrek in our local german newspaper and phoned to the german bureau. We were in very good hands also to make a safari in cooperation with King... read more of Tanzania! The contact with Gülsah Koch in germany and Abraham in Arusha was very friendly and serious. Every question and every issue were answered and cared about. We can recommend this company unlimited and thanks for the great experience we had in this beautiful contry Tanzania!
See you....

We had a fantastic tour on the Kilimanjaro with Emanuel and his crew. The whole Crew was very kind and helpful. It was unbelievable how the whole crew supported us... read more by climbing up.
We would definitely recommend the tour with Fairtrek and especially with Emanuel and his team. Thank you very much for everything! Assante sana!